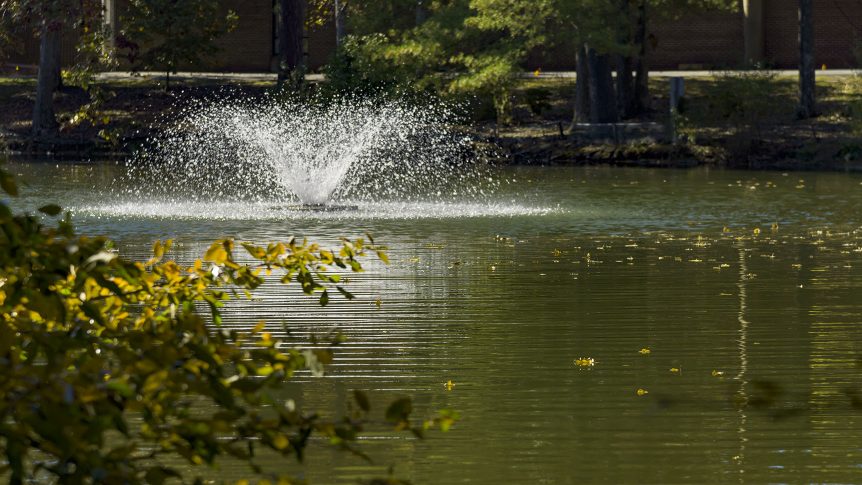 Each summer, Blue Ridge Community College offers summer concerts beside the College lake as a gift to the community. These free Sunday evening concerts are scheduled from 5 to 7 p.m. and feature a wide range of musical and vocal groups. The public is invited to bring lawn chairs and picnics to enjoy the music by the lake.

The series location will be on the east side of the lake behind the Technology, Education and Development Center.
Directions & Map to HCC
Campus Map of HCC

In the event of inclement weather, the concert will take place in the Technology, Education & Development Center (TEDC) Building.

Music by the Lake 2022 Schedule 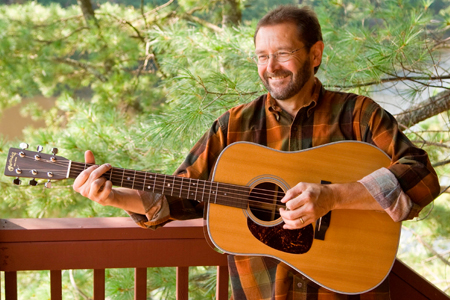 Flat Rock folksinger, Tom Fisch, after years of traveling and performing has honed his shows into a relaxed exchange between artist and performer. Interspersed with stories and anecdotes, his concerts flow smoothly from a beloved traditional song to one of Tom’s fine originals or a favorite cover from one of the many artists who have inspired his music through the years. Tom says, “It makes me feel so good to see people leave my show with a smile on their face and a song on their lips. I know I’ve done my job.” 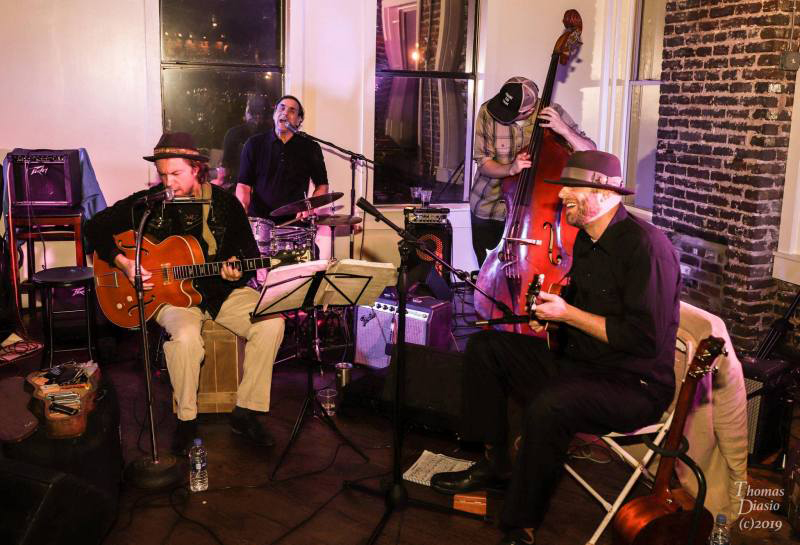 Lazybirds is a classic American roots band from the mountains of North Carolina. Specializing in good time music that is just about impossible not to move to. There is a depth to the band that faithful fans have treasured over the years. According to the legendary Doc Watson, “Lazybirds play a good variety of blues, jazz and that good old ragtime sound and you will hear the flavor of in anything they play.” The Lazybirds cover a lot of musical ground, from early American stringband music to Dylan classics, all with deep roots holding these sounds together. 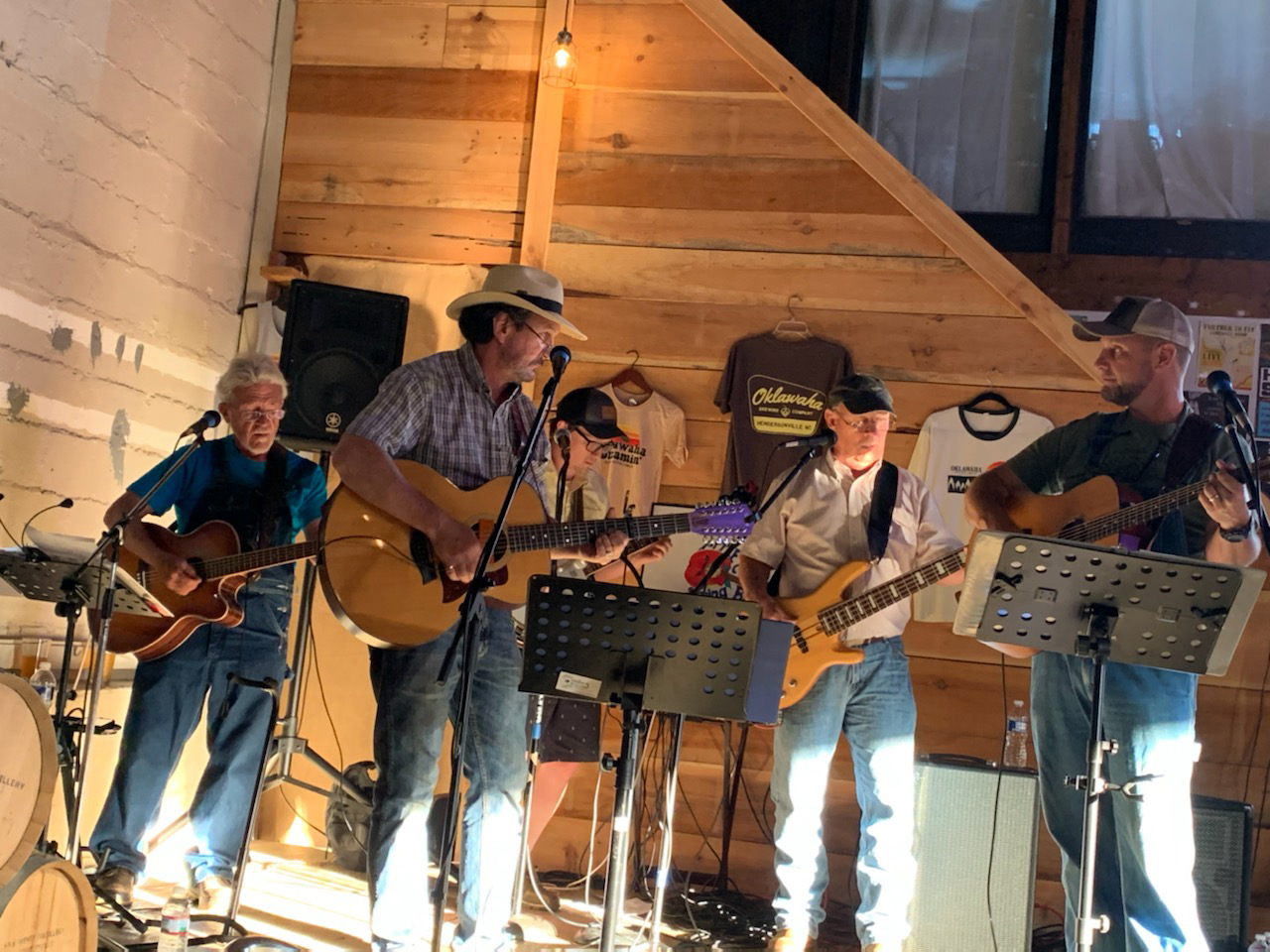 “We don’t get together every week to learn hard songs,” says founding band member Steve Pettis. “We like to identify songs that we really enjoy, can learn really quickly and that we think people will know. Our repertoire consists of over 200 songs. Like Tom Petty once said, ‘Don’t bore us, get to the chorus!’ ”

Steve Pettis moved to the area from Athens, GA where he formed and played with the Red Oak Southern String Band for 10 years. One day after moving to Hendersonville, Steve ran into fellow musician and friend Chris Price. The two played together previously in Athens back in 2003 with a local cowboy group. After reuniting, the two immediately started jamming and it was not long before they were appearing as ACSB. Now the band consists of up to 7 members including Bruce ‘Boomer’ Stowe on bass, Joe Alexander on banjo, Charlotte Dillard on fiddle, Jim ‘The Bee Man’ Poe on guitar and Bryan ‘B2’ Byrd on percussion and vocals. The group recorded tracks for the recent documentary ‘Moonshine in the Mountains’ produced by the Center of Cultural Preservation. ACSB performs regularly at local farmers markets and other venues. 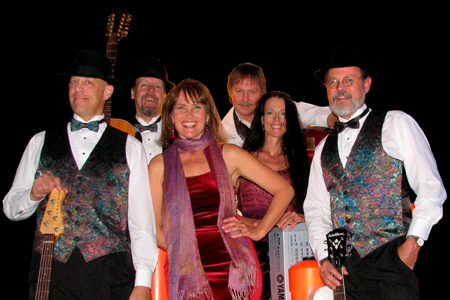 Tuxedo Junction is an iconic example of a cover music group. It has been playing the hits of countless other musical acts from the 1930s to present-day over the past three decades. The Asheville-based Tuxedo Junction was founded as a nightclub house band by drummer/vocalist/band leader, Joey Moore, with the band’s first performing date on January 1, 1988. Joey and the original lineup performed for the club owner for two years and finally branched out to become a more versatile group than what the country/rock n’ roll club dictated.  Passing decades, and hundreds of events later, Tuxedo Junction continues to delight audiences with songs and musical styles that represent some of the best music from the past 80+ years!