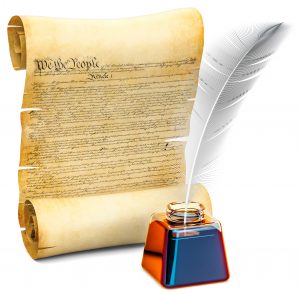 Do you know who from North Carolina signed the Constitution? 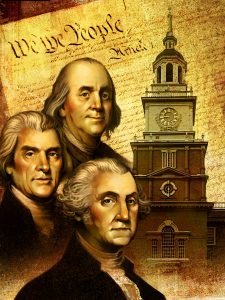 Founding Rivals: Madison vs. Monroe, The Bill of Rights, and The Election that Saved a Nation,
by Chris DeRose:

“In 1789, James Madison and James Monroe ran against each other for Congress—the only time that two future presidents have contested a congressional seat. But what was at stake, as author Chris DeRose reveals in Founding Rivals: Madison vs. Monroe, the Bill of Rights, and the Election That Saved a Nation, was more than personal ambition. This was a race that determined the future of the Constitution, the Bill of Rights, the very definition of the United States of America.”

Lincoln and the Triumph of the Nation: Constitutional Conflict in the American Civil War,
by Mark Neely:

“The Civil War placed the U.S. Constitution under unprecedented–and, to this day, still unmatched–strain. In Lincoln and the Triumph of the Nation, Pulitzer Prize-winning historian Mark Neely examines for the first time in one book the U.S. Constitution and its often overlooked cousin, the Confederate Constitution, and the ways the documents shaped the struggle for national survival.”

The great debate: advocates and opponents of the American Constitution – A Great Courses DVD series,
by Thomas Pangle:

“This lecture series is led by Thomas Pangle, who is the Co-Director of The Thomas Jefferson Center for the Study of Core Texts and Ideas and holds the Joe R. Long Chair in Democratic Studies in the Department of Government at the University of Texas at Austin.”