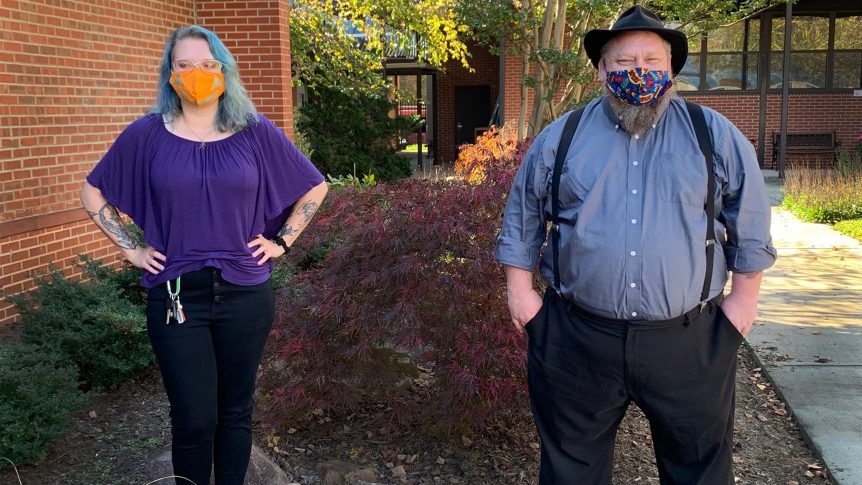 The show began like many ideas form in our modern world — from going down, as Jones describes, the “rabbit hole” of the Internet. Jones relayed an experience of seeing a brief video clip of a snake on YouTube. The poster said it appeared to be a rattlesnake but also noted it “smells like cucumbers.” Jones did more research and found that copperheads, not rattlesnakes, smell like cucumbers when threatened.

It’s this type of uncommon knowledge the team wants to share with the world, while also adding entertaining commentary along the way.

“So it begs the question,” Jones explains humorously, “whose job is it to smell snakes?”

Furney and Jones are partnering with Eva Jones, an award-winning photographer specializing in wildlife and outdoor photography, and Zach Echols, a freelance director, writer, and soon-to-be graduate of Blue Ridge, who will serve as creative director.

“On the Defense” will look at these unusual animal defense mechanisms while also trying to be advocates of misunderstood animals.

“When someone doesn’t live here,” Echols explains, “they may not take care of it.” One of their first videos is on the lowly opossum: “They eat thousands of ticks a day, don’t get rabies, and generally stay to themselves. They are not a pest like many people think.”

The team’s goal is to help bring awareness to animals beyond the customary “cute pandas and majestic tigers,” and to highlight the freshwater mussels, river otters, and varied fungi of the area.

“Local species matter so much,” Furney explains, “and there is so much more people could do to help locally. We also want to educate people when they see these animals in the wild. ‘Observe Don’t Disturb’ should be everyone’s motto.”

Echols said that he strived for a perfect balance of education and entertainment in the series, and that it felt personal to him because the team will learn at the same speed as the audience. “I am the creative director, but it’s weird because I don’t know how it’s going to turn out.”

Furney explains, “We’re not experts, but we are going to work with experts.” The audience will see Furney and the entire team “getting into situations that are uncomfortable.”

Furney cites Blue Ridge Community College biology instructor Allan Smith as someone who exemplifies getting learners out of their comfort zones to better understand their environment. Smith, Furney says, often takes his classes on field trips to area waterways to extract lab samples and observe local species up-close. As Smith explains, “Using all your senses to interact with your environmental subject matter is virtually impossible to reproduce in a classroom and often can only be learned by performing an outside activity yourself.”

When asked what other unique but lesser-known species live in this area, Furney recalled the Virginia big-eared bat. This endangered subspecies of Townsend’s big-eared bat is a small but formidable-looking creature with a healthy appetite. Because just one bat can eat 6,000 to 8,000 insects each night, they play a crucial role in keeping the overall ecosystem in balance. One of the series’ episodes will feature Katherine Etchison, a local bat biologist, who will inform viewers about bats and white-nose syndrome, a disease currently decimating North American cave-hibernating bat populations.

Etchison is one of the many specialists who will be part of the series. Connecting with a range of experts, Echols explains, is a way their team plans to network in the animal conservation community and broaden their series’ scope to the ecosystems of the Piedmont and coastline of NC.

“On the Defense” will premiere on YouTube in January, with each of the eight planned episodes being 12 to 20 minutes in length. The series will also include condensed features called “snake bites,” each about five minutes in length. 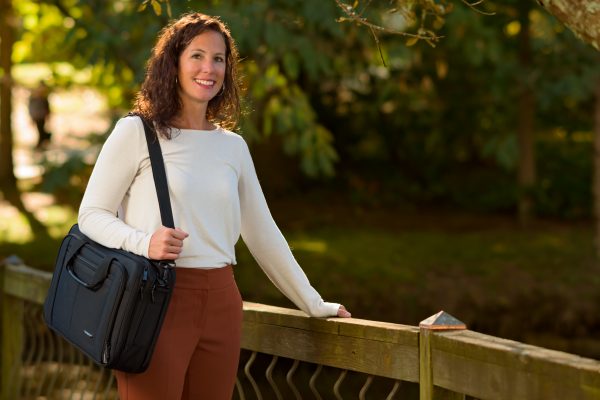 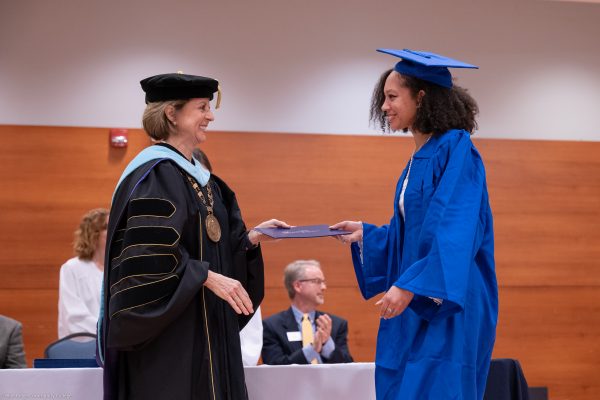