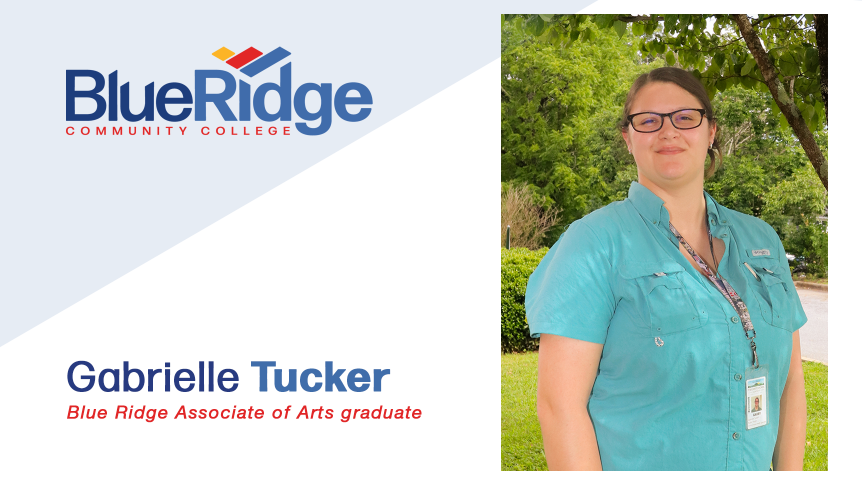 Blue Ridge Community College Associate in Arts graduate Gabrielle Tucker’s road to success was, like many students, not the linear progression people often imagine. Tucker began her path to higher education at Western Carolina University in 2012, intending to major in history. By her own admission, however, Tucker “floundered until the end of 2015,” devoting more of her energy to marching band than her courses.

“After a few years of working full time, I realized that I needed to finish my education and find a program that I was better suited for,” Tucker said. “I chose Blue Ridge due to the proximity to my home, the courses offered, and because I needed to bring my completion rate back up to a satisfactory level before I could transfer back to WCU.”

Tucker certainly did just that at Blue Ridge, completing her Associate in Arts degree in 2019 and transferring back to Western Carolina that same year. But she gained a lot more than a degree and readmittance to WCU through her time at Blue Ridge.

One thing Blue Ridge offered Tucker was a renewed focus. She knew she needed to find a program that she was better suited for. Tucker says that while she was at Blue Ridge, “Alan Smith, the biology instructor at the time, recommended that I pursue environmental health which turned out to be exactly the field I needed to be in.”

Tucker found a passion for environmental science, and after graduating with her AA from Blue Ridge, she went on to earn a bachelor’s degree in Environmental Health. She now works at Transylvania Public Health as a Registered Environmental Health Specialist Intern (REHSI), focused on Food, Lodging, and Institutions, and is working to complete the requirements to become a full-fledged REHS.

Beyond a renewed focus, Blue Ridge helped Tucker develop important academic and life skills. “When I attended Blue Ridge, I was required to take a course called College Transfer Success. During the course, I learned organizational and study skills that made me a better student.” Tucker also says, “During my time at Blue Ridge there were a few class periods devoted to interview skills and resume building which were very helpful.”

However, Tucker’s time at Blue Ridge provided her with something much more important. “I think the most important skill that I learned was how to push through fear of failure.” After her initial, unsuccessful attempt at higher education, Tucker “was consumed with self-loathing,” feeling she was doomed by her failure. “By going back to school I had to accept my past failure and learn from it,” she says. “With the help of those at Blue Ridge, I pulled myself together and was able to enjoy being successful.”

Tucker keeps this lesson of pushing through with her to this day. It empowered her to successfully earn her associate and bachelor’s degrees, and it informs her work conducting health inspections where she seeks to “come up with creative solutions that keep the public safe.”

When asked what stood out to her most during her time at Blue Ridge, Tucker said, “everyone was invested in my success. Everyone was friendly and seemed invested in their work.” She notes high levels of care and attention paid to her and her classmates.

Tucker’s story, though inspiring, is not unique. Countless students have found renewed focus and success at Blue Ridge, transforming their lives through the power of education.

It’s never too late to start or restart the journey to higher education. Blue Ridge is currently registering students for the Fall 2022 semester. And, with the free college initiative still underway, there’s never been a better time to take action. For more information contact the Transylvania County Campus at (828) 883-2520 or visit www.blueridge.edu. 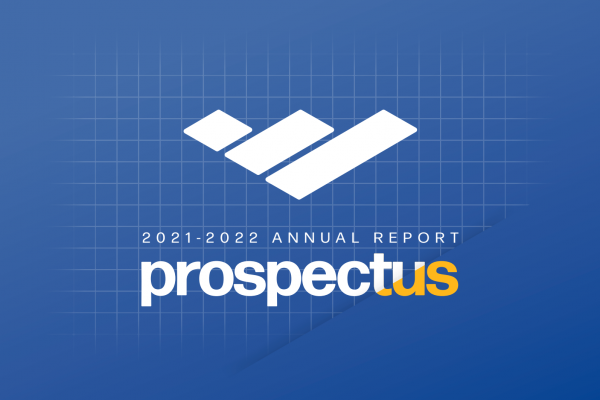 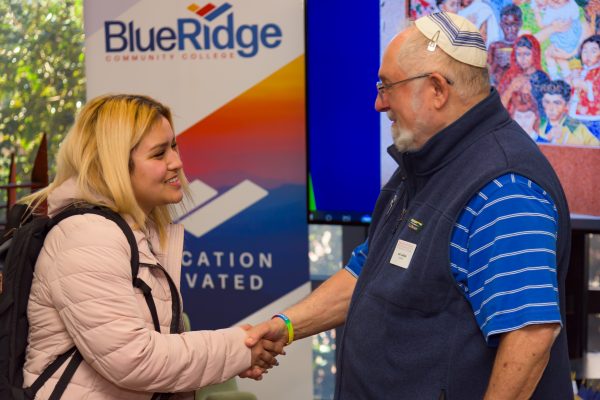