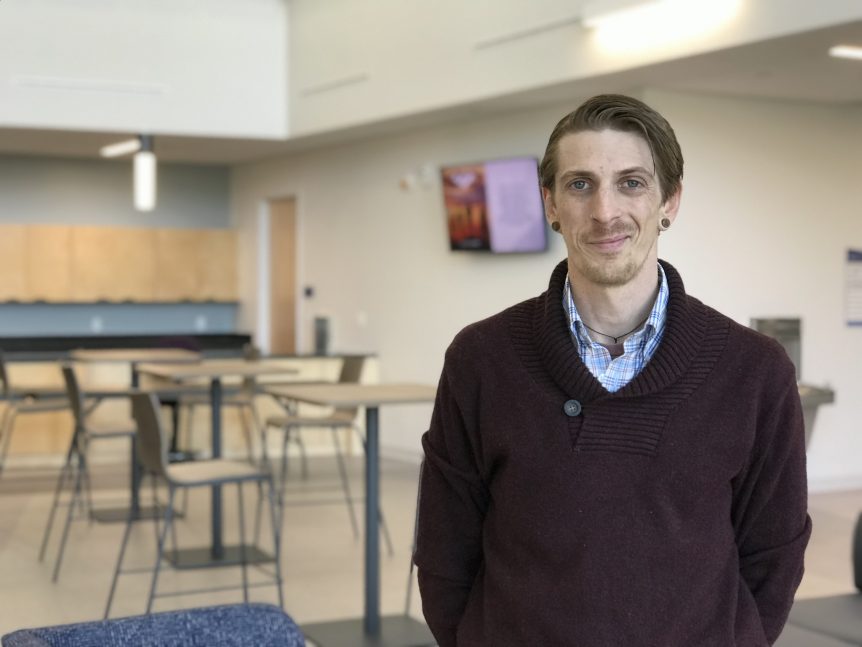 At least six times over the course of several years, Steven Moss pulled into the front parking lot of Blue Ridge Community College. On each of those trips, he never opened the car door, got out, and walked into a College building. Every time he drove away, overwhelmed by anxiety. Two years ago, he overcame that anxiety and enrolled in Blue Ridge Community College. Now, he is preparing to walk across the stage for graduation in December to receive his Associate Degree in Arts with the Class of 2022.

He has been accepted to Converse University in Spartanburg, South Carolina, where he will study philosophy and history. He is already outlining plans for his future master’s and doctorate degrees.

Steven is the first to say he still struggles with severe anxiety, but he also believes strongly in challenging himself.

“Push yourself. If you think you can do it, then you probably should do it and work towards it. It took me a few years, five or six times, pulling into this parking lot, then driving away without even getting out of the car. I had to force myself,” Moss said. “Two of the biggest and best things I’ve done with my life were things that I had to push myself and force myself to do: join the military and come to this school. You have to make yourself do things you’re uncomfortable with.”

After graduating high school over 15 years ago, Moss joined the Army and then worked in the private sector. He has three children and was content in his life until 2020, when an unnerving thought refused to leave his mind.

“I woke up one day and I realized the average life cycle for a male today is about 70 – 80 years old, and that’s with good exercise, non-smoking. I realized I’m about halfway through my life expectancy and what have I done? What am I going to leave behind?” Moss said. “When my kids are talking about me, what are they going to say?”

That existential desire for more got Moss out of his car in the parking lot and into Blue Ridge Community College. He wasn’t considering any other schools.

“This place just felt right,” he said. “This place is bright. It’s got a welcoming feeling to it.”

He experienced that welcoming feeling throughout his time at Blue Ridge, particularly from instructors Dr. Russ Foster and Dr. Eric Williamson.

“Both of them have been very helpful, like mentors. They steered me in the right direction and pushed me to step outside of my boundaries,” Moss said.

While the very act of attending college was a big undertaking for Moss, his personal growth flourished in other ways as well.

“Math class made me learn time management,” Moss said. “I had to figure out how to set time aside specifically for that. Once I did that I got much better.”

Moss encourages others to challenge themselves and reach for their goals. He believes this mentality applies not only to big things, like deciding to go to college, but also to the smaller steps of those big redirections.

“You are going to take away some sort of skills from every class: organization, analytical skills, writing skills, communication,” Moss said. “You should make the most out of every class. Take advantage of the opportunity that you have here.” 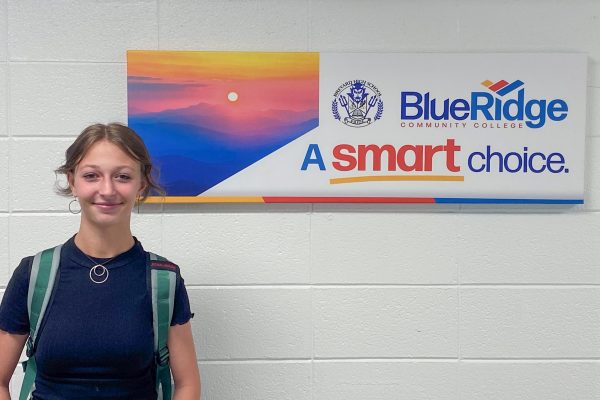 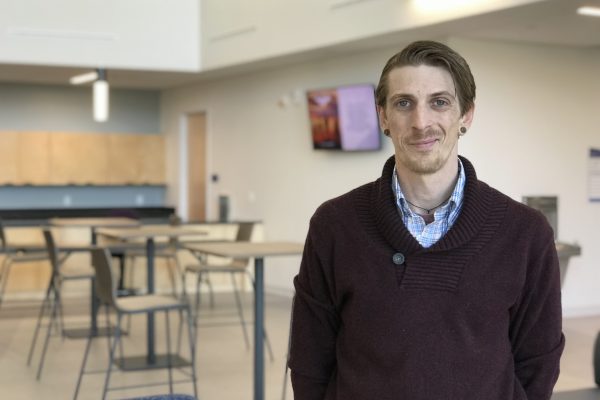